I've dreamt of building my own home since I was little. When other first graders were sitting around doodling their family and friends, puppies and playgrounds...I was sketching floor plans. (I'm serious, ask my mom - I wouldn't lie to you guys.) I cut out pictures from magazines and designed the interior of my perfect home. Most of my friends were pretty surprised I ended up in the graphic design field instead of interior design, and sometimes I wonder what I would be doing these days if that were the case. I think interior design will always be a huge passion of mine.

But for every frilly throw pillows and paint swatch I dream about, I have ten times more interest in the practicality of a home; how it's built and how everything will function in every day life.
So I have this running list of all the things I want to remember when we build our dream home (which will happen, even if not until 30 years from now). Some of them are aesthetics and some of them are about function. Keep in mind these are coming from a complete non-professional with no experience whatsoever in this field, I sound like a reliable source, now don't I? I am writing this to my future self. Let the lists begin!

No space left behind.

The number one annoyance people seem to have about their homes, is storage. I can easily function in a small home, but it has to have storage. Little spaces for small items, large storage for big items, just storage - and a lot of it. People tend to have an excess of "stuff", and as much as I can pretend I can easily lead a minimalist lifestyle, I just can't. So rather than move into a home or build a home with not enough storage, which isn't the easiest thing to change later; build your home with built-in storage, everywhere. And I really do mean everywhere.
No spaces left behind. Do something with that space instead.


Storage under the stairs: 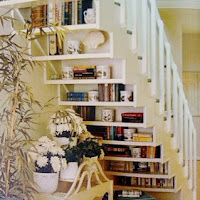 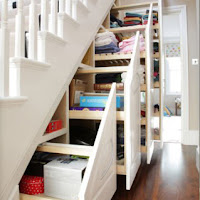 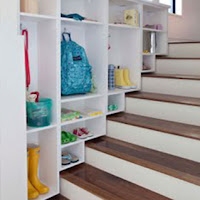 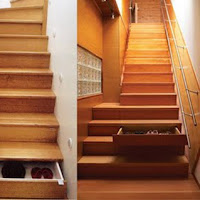 In closets and mudrooms: 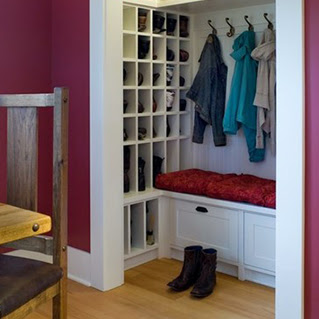 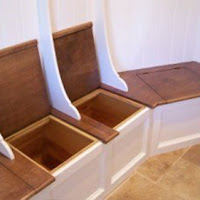 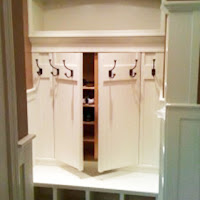 In your breakfast nook: 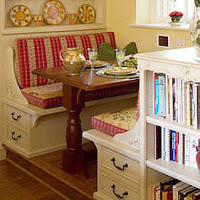 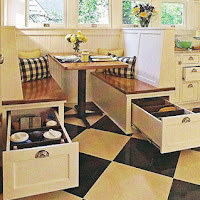 Around your tub, under cupboards, in seemingly useless spaces like blank walls/pony walls. 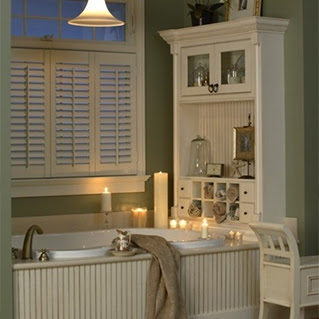 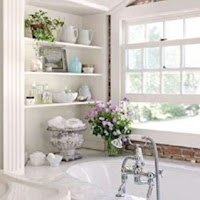 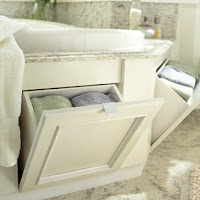 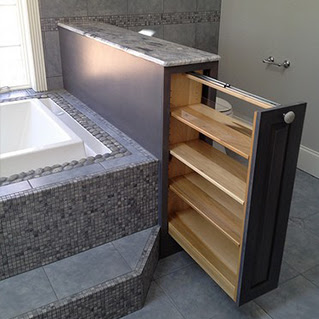 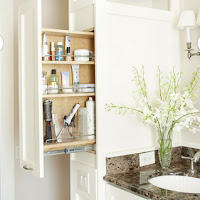 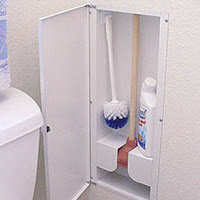 Hidden storage is my favourite.
I have dreams about this stuff. I actually have this reoccurring one where I tell my contractor to build me a few secret tunnels in my house that take me to random rooms or secret nooks but NOT tell me about them...and I can just discover the magic and secrets on my own when I move in.
Hidden storage gives your home a cleaner, simpler more minimalistic look..and only you know the magical storage that exists. 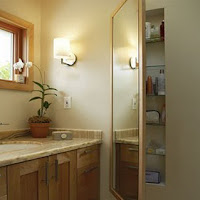 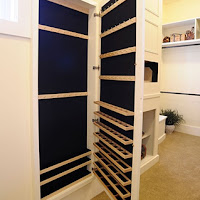 Under Cupboards (or utilize that space with something else) 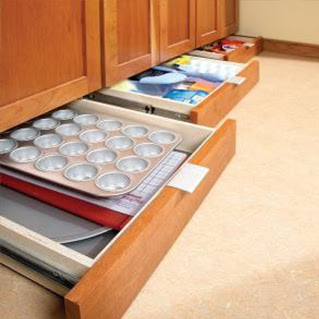 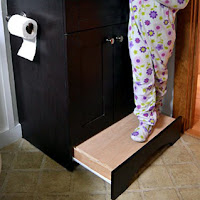 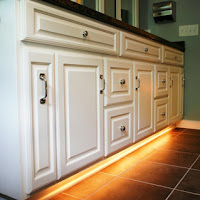 Hide your washer and dryer, your dishwasher - even your small appliances like a toaster!
Just make it blend in with the rest of the space. 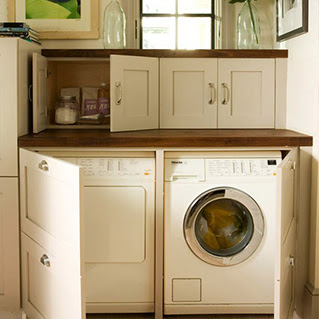 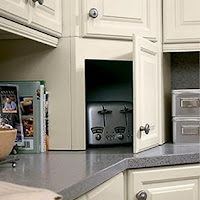 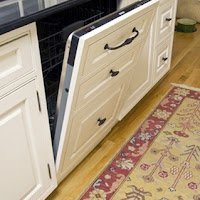 How many times have you not quiiiiite been able to reach the plug you need? You want to plug something in but there are no outlets exactly where you are? I mean, first world problems for sure - but it can be an annoyance. Going back in later to re-wire doesn't sound like much fun to me. And cords laying all across rooms isn't the most eye appealing. So when you're building a house, put plugs everywhere. Places where they normally might not be. I would rather have too many outlets than not enough. 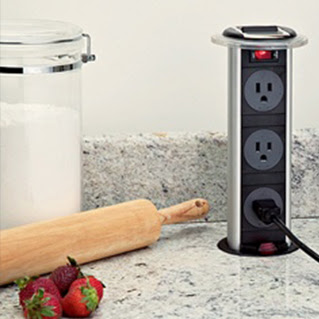 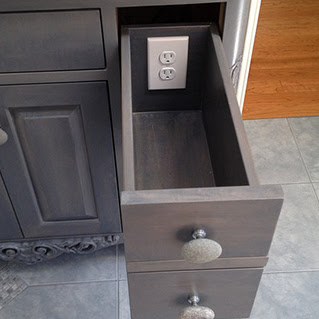 Thick edges on your deck

The norm for some, but doesn't even cross the mind of others.
Next time you have people over, you'll be thanking your overly-detailed self.
"Oh look, room to set my drink down. You ma'am, are a true genius." 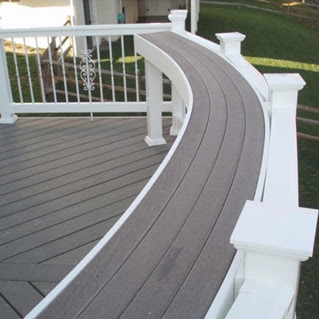 Want a way to easily get rid of garbage or recycling? Want it out of view?
Back your kitchen onto the garage. Trash chutes to bins in the garage. 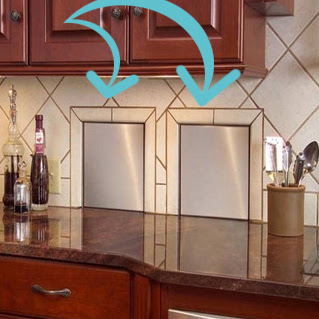 Want easy access to laundry? An easy way to put clean laundry back where it belongs? Back your bedroom onto the laundry room. 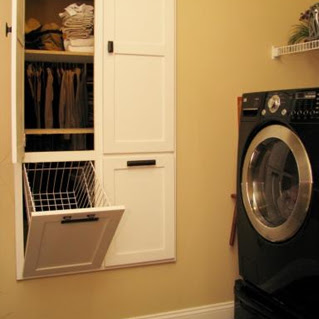 Motion sensor lights in places like your closet, your pantry. Nothing more fun than having to try to turn on the lightswitch with your elbow or butt because your arms are full of groceries or clothes. 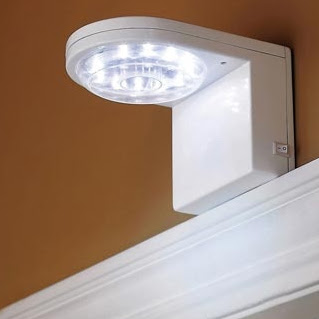 
Other things to do before/during the final build:

• Have tubing that runs from bottom floor to very top floor (attic is applicable). If you ever want to wire something new, this will make it easier.

• Have that same pipe installed from the house to the end of the driveway. It's always a possibility at some point to have to extend a drain pipe, cable, irrigation or gas line and doing that without disturbing the finished surface material is not easy. Even for something simple like future lighting, it can be a huge benefit.

• Take pictures of the walls before sheet-rock goes up so you know how and where the wiring is set up, for ease of future access.

• A master light-switch in the bedroom. Hear a noise outside in the middle of the night? Turn on the outside lights from your own master bedroom.

• Pre-wire things. You may not set up a security system right away, but plan for it. You may not want to hook up speakers in every room of your house but at least wire for them for ease of set-up later. Wire for speakers outside! Music by the pool!

• During framing, have a pest line installed. Again, just for ease of access later in case of pest issues, you will appreciate it later. Preparation my friends!

• Ensure easy drainage in the garage for wet/snowy cars (proper pitch/grading). Unless it is still code in your area, don't let builder/inspector tell you that the garage floor needs to be lower than the house, this costs more money and isn't a legal necessity any longer. Insist on a vapour barrier for the concrete.

• Cast iron pipes for plumbing from second floor to lower floor so you don't hear rushing water through the walls.

• Make choices that are handicap accessible. Anyone could end up in a wheelchair at any time, or have someone visit with a disability. (One simple idea is to leave one corner of your house as a decent sized closet, the same size and location on each floor. If need be, even years and years down the road; you have an area that is empty and could be converted to an elevator. Even could be a selling point for future buyers, when you sell your home)

• Reinforce walls with where certain things are going to go, like hooks or towel bars.

• Heated floors. Not a necessity, but a lot more affordable that you may think! Even if just in the bathroom. Property value increases as well with this.

• Spend the extra money for top of the line doors/windows insulation. The last thing you want to do is pay for your mistakes later with a ridiculously high energy bill because you cheaped out on keeping your house insulated.