After by Anna Todd originally was a Wattpad series book series  as a One-Direction fanfic, ending up  being a Wattpad viral sensation with over 1 billion reads. It’s a traditional teen romance(?) about the nice girl falling for the bad boy, starring Josephine Langford and Hero Fiennes Tiffin

Alita Battle Angel is a cyberpunk sci-fi manga series created by Yukito Kishiro in 1990 and originally published in Shueisha's Business Jump magazine. The film is directed by Robert Rodriguez and produced by James Cameron and Jon Landau.

All the Bright Places

All the Bright Places by Jennifer Niven released in 2015 was picked up almost immediately for it's on-screen moment. It’s the story of two teens dealing with depression, and will premier on Netflix starring Justice Smith and Dakota Fanning.

Anthem of a Teenage Prophet

Cameron Monaghan and Peyton List star in Anthem of a Teenage Prophet, based on Joanne Proulx’s 2007 YA Novel Anthem of a Reluctant Prophet is on its way to theaters, focusing on a teenager who foresees the death of his new best friend Stan  the most popular guy in school. When this premonition becomes reality, Luke must deal with the trials and tribulations of being dubbed "The Prophet of Death" and being titled a freak by the entire town.

Artemis Fowl is the first book in a children’s sci-fi book series by Eoin Colfer. Directed by Kenneth Branaugh, and starring newcomer Ferdia Shaw, this adaptation focuses on the search for Artemis Fowl's missing father.

Ashes in the Snow

In 1941, a 16 year-old aspiring artist and her family are deported to Siberia amidst Stalin's brutal dismantling of the Baltic region. In Ruta Sepety's debut Between Shades of Gray (now titles Ashes in the Snow) one girl's passion for art and her never-ending hope will break the silence of history.

Chaos Walking is an adaptation of Patrick Ness's first book in the Chaos Walking trilogy, originally titled The Knife of Never Letting Go. Daisy Ridley and Tom Holland star in this YA dystopian sci-fi novel about a 12-year-old boy in a world where everyone can hear everyone else’s thoughts.

David Copperfield is getting yet another movie adaptation. Ben Whishaw, Gwendoline Christie, Tilda Swinton, Hugh Laurie, and Dev Patel star in this 2019 modern take of the famous Charles Dickens novel about a young man's adventures from an unhappy and impoverished childhood to the discovery of his vocation as a successful novelist.

A Dog’s Way Home is by W. Bruce Cameron (author of A Dog’s Purpose and A Dog’s Journey). In it a dog named Bella (voiced by Bryce Dallas Howard) has to find her way home to her family.

Five Feet Apart by Rachael Lippincott is a YA romance about a boy and girl who both have cystic fibrosis and fall in love. Due to their weakened immune systems, they must stay five feet apart at all times. The film adaptation stars Cole Sprouse, Haley Lu Richardson, and Claire Forlani.

The pulitzer-prize winning novel The Goldfinch by Donna Tartt is hitting the big screen with a cast that includes Sarah Paulson, Nicole Kidman, Ansel Elgort and Luke Wilson. The book spans many years of Theo's life, played by Elgort, starting with him as a child stealing a museum painting.

The Good Liar by Nicholas Searle adaptation will star Helen Mirren and Ian McKellen. In this story, a man meets a wealthy widow online and spins a web of lies to steal her riches.

Like the 1990 adaptation, IT by Stephen King has been split into two movies as 2 chapters. This part focuses on The Losers as adults, confronting Pennywise the Dancing Clow, and will star Bill Skarsgård, Jessica Chastain, James McAvoy.

Netflix will be releasing a movie about the Panama Papers called The Laundromat, based on the book The Secrecy World by Jake Bernstein. The Panama Papers is a real event where 11.5 million leaked documents detailing financial and attorney–client information for more than 214,488 offshore entities were released.

Emma Watson, Saoirse Ronan, Meryl Streep, and Timothée Chalamet will star in the latest version of  Little Woman by Louisa May Alcottot, following the survival of 4 sisters and their devotion to each other during the Civil War.

Motherless Brooklyn by Jonathan Lethem follows an orphan with tourettes working for a small-time mobster in this detective novel.

Nancy Drew and The Hidden Staircase

Being adapted yet again, Stephen King's Pet Sematary follows a family who moves to a town in Maine where they discover a cemetery just for pets. But the cemetery holds certain secrets, as the family is about to discover…

Sequel to the 2018 romance film 'To All The Boys I've Loved Before'.

The Rhythm Section by Mark Burnell is about a woman seeking revenge against those who orchestrated a plane crash that killed her family.

There’s not a lot known about the movie version yet, but it’s been in the works for years and seems to star Ryan Reynolds, set for a 2019 summer release.

Scary Stories to Tell in the Dark

Scary Stories to Tell in the Dark by Alvin Schwartz is a collection of scary short stories, but will be adapted by Guillermo Del Toro as one seamless story following a group of teens in a town where a series of horrific murders are taking place.

My favourite book Stargirl by Jerry Spinelli, being adapted by Disney will star Grace VanderWaal as the quirky ukulele-playing love interest.

The Aftermath by Rhidian Brook is set in post-WWII Germany. Kiera Knightly plays a woman who is newly reunited with her husband after the war, ready to move into a new home. He husband decides to allow the previous owner (Alexander Skarsgård) and his daughter remain in the home.

The Art of Racing in the Rain

The Art of Racing in the Rain by Garth Stein adaptation will star Amanda Seyfried and Milo Ventimiglia; a story about a dog and his race car driver owner, told from the dog’s point-of-view.

The Best of Enemies

The Best of Enemies by Osha Gray Davidson is based on the true story of the unlikely friendship between a KKK leader and a civil rights activist in Durham, North Carolina. The movie adaptation will star Taraji P. Henson and Sam Rockwell.

The Boy Who Harnessed the Wind

The Boy Who Harnessed the Wind is based on a book of the name name by William Kamkwamba. This is the true story of a boy who helps to save his village in Malawi by building a wind turbine.

The Call of the Wild

Harrison Ford is set to star in this live-action CGI-animated adaptation of Jack London‘s classic tale, Call of the Wild.

Breakthrough is a faith-based movie that is based on the book The Impossible: The Miraculous Story of a Mother’s Faith and Her Child’s Resurrection by Joyce Smith. It stars Chrissy Metz and Topher Grace.


The Irishman / I Heard You Paint Houses

The Kitchen is a DC comic about a group of women in the 1970’s whose mafia husbands have been locked up in prison, continuing to operate their husband’s business starring Elizabeth Moss, Tiffany Haddish and Melissa McCarthy.

The Last Thing He Wanted

Joan Didion‘s novel The Last Thing He Wanted is being adapted into a movie starring Ben Affleck, Wilem Dafoe and Anne Hathaway, a crime/suspense thriller about a reporter who walks off her job as a reporter covering the 1984 election.

This classic book by Frances Hodgson Burnett is getting a new adaptation with Colin Firth, yet again on the cast list, this time playing the father.

The Sun is Also a Star

The Sun is Also a Star by Nicola Yoon adaptation stars Yara Shahidi and Charles Melton. Natasha is facing deportation when she gets caught up in a 24 hour whirlwind romance.

The Turning / The Turn of the Screw

The Turning is being executive produced by Steven Spielberg and is based on the supernatural horror novella The Turn of the Screw by Henry James.

The Informer is based on the novel Three Seconds by Anders Roslund and Börge Hellström. It’s a crime thriller about an ex-con who goes undercover to infiltrate a prison.

Wounds, a horror flick starring Arnie Hammer and Dakota Johnson, is coming out soon, and is based on the novella Visible Filth by Nathan Ballingrud. Visible Filth is a dark and twisted story about a guy whose life descends into a nightmare after he finds a cell phone.

Where’d You Go, Bernadette by Maria Semple is a story about a woman who  disappears, leaving her daughter to embark on a search for her whereabouts.


The Women in the Window

The Woman in the Window by A. J. Finn is a suspenseful thriller about a woman who believes she sees a crime being committed through the window in a house across the way. Amy Adams will star in this adaptation.

I'm hosting a Canadian Readathon from July 1 - 8 called The Read "Eh" Thon so I thought I'd throw together some Canada book recommendations! 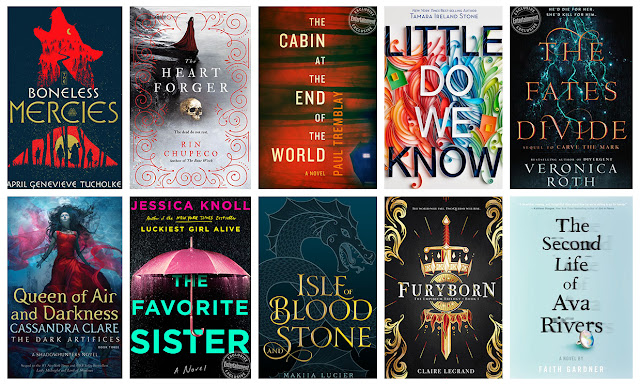 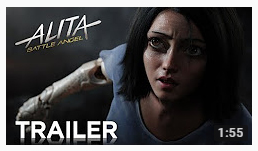 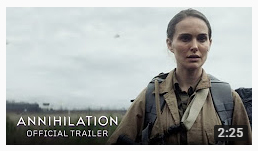 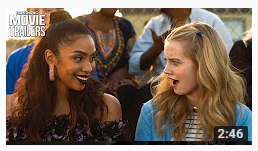 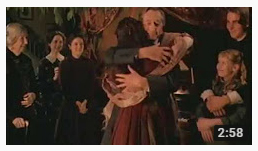 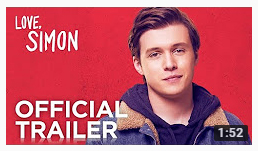 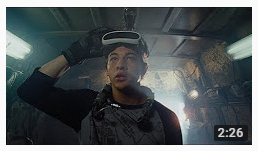 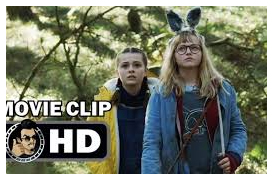